22 Signs a Guy is Pretending to Be Straight – Don’t Be Fooled!

With these signs, you will be able to unmistakably determine if a guy is only pretending to be straight
By
Martha Pinkerton

Gay men dating and marrying women because of fear of prejudice, religion, societal pressures, and family expectations is pretty common worldwide. It can be hard to tell a man is gay just by looking at their physical appearance and fashion sense. So, what are the signs a guy is pretending to be straight? If he is homophobic, overly macho, abuses women, is secretive about relationships and always notices good-looking men, he may be gay.

This article gives detailed hints and tips on how to tell if a guy is gay. It looks at virtually all the signs of a guy pretending to be straight. Remember that people are different, and the signs in this article should not make you conclude that the man around you is gay. It remains a suspicion until he admits to you that he is gay.

How to Tell if the Guy is Pretending to Be Straight

As mentioned earlier, gay men pretend to be straight for various reasons. Here is how you would know your boyfriend, best friend or colleague is pretending to be straight. 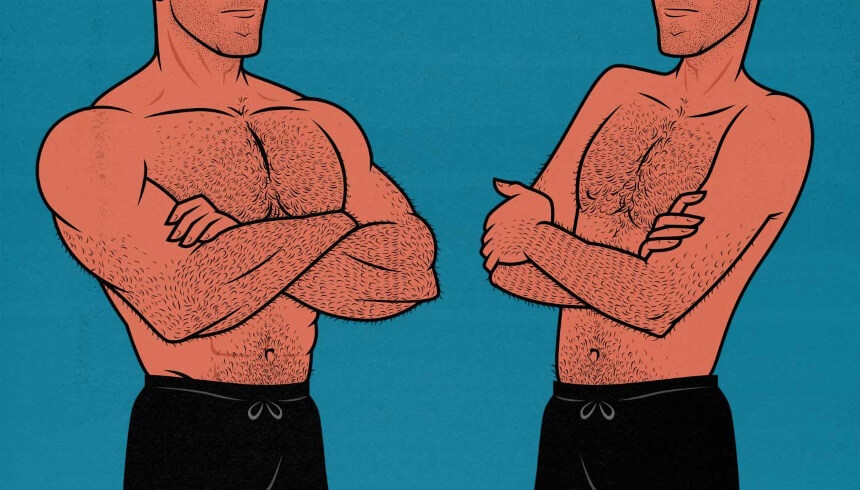 There is enough evidence from research studies that homosexual men have significantly higher pitch modulation patterns and less breathy voices compared to their straight counterparts. A research article by the  National Library of Medicine Trusted Source Speech Acoustic Features: A Comparison of Gay Men, Heterosexual Men, and Heterosexual Women - PMC Potential differences between homosexual and heterosexual men have been studied on a diverse set of social and biological traits. www.ncbi.nlm.nih.gov claims that homosexual men have a vocal breathiness and variations of pitch similar to that of heterosexual women. However, keep in mind that a high-pitched voice is not a foolproof sign of a guy being gay. The same study claims that more studies need to be done to determine whether intonation and vocal breathiness are salient attributes for distinguishing between homosexual and heterosexual beings.

Homophobia is a top sign of a gay guy pretending to be straight. If a guy is consistently hostile towards gay guys and holds strong homophobic views, they may have same sex desires.

4. He Is Abusive Towards Women

A gay man in a heterosexual relationship feels trapped because they are living a false reality. The frustrations may make them emotionally abusive and hostile towards their partners, especially when the woman suspects something isn’t right and starts asking questions. The man may accuse his partner of being delusional and imagining things. To cover up the true nature of their sexuality, the man will go to the extremes of attacking his partner’s self-esteem and accusing her of making him or act gay.

5. He Occasionally Dates Girls and Talks About His Sexual Conquests

Some closeted gay men can date girls to keep their secret and convince the world that they are straight. They may not have any sexual relations with their dates, but it is enough to help them hide their sexual orientation.

Another tell-tale sign of a gay guy pretending to be gay is if he talks a lot about his sexual conquests. If he over sexualizes women and talks excessively about his sexual relations with them, he may be overcompensating to cover his sexual orientation.

6. He Is Overly Macho 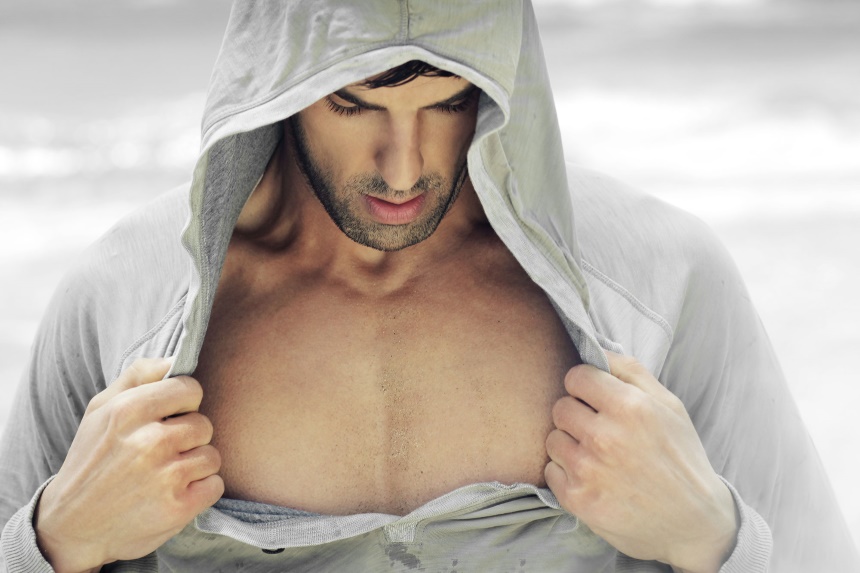 A gay man who acts overly macho probably does it for two reasons; first, masculine men are not perceived as gay, and second, feminine-acting men get little attention than masculine-acting men in the gay world.

The gay culture obsesses over machismo. On gay dating apps, many men will describe themselves as ‘masc’ and list their ‘straight-acting’ attributes. To sell their masculinity, they will put out information like ‘Works out three times a week.’

7. He Acts Awkwardly Around Men

If the man notices good-looking men more often, it is likely that he is gay. A gay man pretending to be straight will always notice handsome men and talk about their good looks. You will hardly hear him compliment women’s features. The most he can do to compliment a woman is talk about her hair or outfit.

9. He is Secretive About his Relationships

A guy who is too secretive about his personal life may be gay and pretending to be straight. If you are unable to tell if he is into males or females because he never mentions his past or present relationships, he may be hiding his sexual orientation.

10. He Uses Non-Gender Specific Words When Speaking of His Personal Life

Other than being secretive about his personal life, a gay guy pretending to be straight can talk about his personal or dating life but use non-gender specific words to describe his partners. He will use pronouns like they, them, we, us or use terms like my crush, my friend, and this person.

11. He’s Never in a Relationship with a Woman 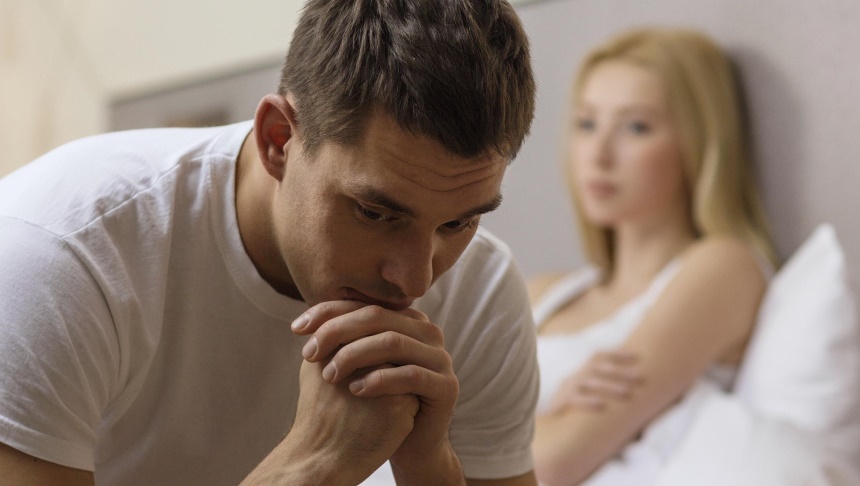 Some gay men will pretend to be straight but would never date a woman because they have zero attraction. Some, also can’t stand the thought of deceiving a woman, thus prefer to stay single. You will know the Guy chooses to remain single if he is attractive and women throw themselves at him and he remains unbothered.

12. He Spends a Lot of Time with One Friend

13. Most of His Friends are Females

Gay men and women make the best of friends. Women like to be friends with gay men because they know the men have no ulterior motives. They understand and feel comfortable around each other because they are not afraid of being honest and vulnerable. Gay men like being friends with women because they can express their feminine side without judgment.

14. Some Of His Friends Appear to be in the Closet or Gay

If he is close with men who are secretly gay and he opens up to you about it, he may be gauging your thoughts on gay men pretending to be straight. He is curious to know whether you are intrigued or disgusted by gay men. 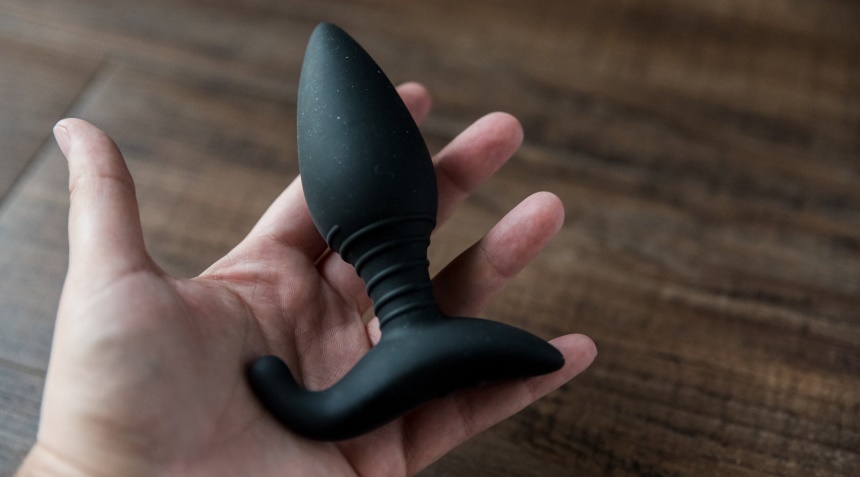 If you have been in a relationship with your Guy who is pretending to be straight for long, he will eventually open up about his sexual preferences and top of his list may be butt play. While not all men who love butt play are gay, him preferring you penetrating him instead of him penetrating you all the time should be a red flag.

Also, if the Guy insists on hearing you talk dirty about him having sexual encounters with other men he could be gay. It may only make sense if he has a wide range of unconventional sexual preferences, but if gay sex is the only thing that turns him on, he is probably gay.

17. He Looks at Men’s Pictures with More Interest

Just like he would easily notice handsome men in real life, a gay guy will notice and look at men’s pictures with more interest. Anytime you are looking at random photos with him, he will compliment the good looking men and talk about their attractive features. 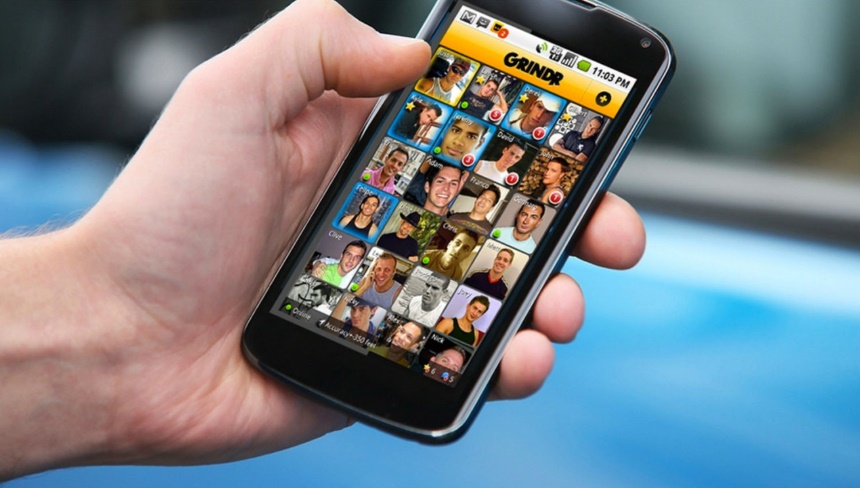 19. He’s Admitted to Hooking Up with a Guy

If the Guy admits to you that he once hooked up with a guy, there is no need to look for more evidence. Whether he was drunk or high on something, hooking up with a man is a clear indication that he is not straight. Unlike women, heterosexual men barely experiment with their sexuality. According to an article by  New York Mag, Trusted Source Male Same-Sex Experimentation - Nymag It’s acceptable—even a little chic—for straight women
to have a gay ﬂing or two. But it’s a whole other story when otherwise straight men do it. nymag.com many heterosexual men who experiment do it covertly and often stop before intercourse. They refuse to admit that they are gay or bisexual and claim that they are only sexually progressive.

20. Several People Have Told You So

If your friends, relatives, and other people that know the Guy have told you that he is gay based on their observation, then he is probably pretending to be straight. You may have suspicions and be biased in your judgment, but the people around you will see the Guy for what he is based on his behavior.

Your man may tell you he has friends who are secretly gay and that would be a non-issue but if they meet up and they have secret conversations you should be worried. If you have been suspecting he is gay for a while and you notice he acts feminine around his gay friends, makes lingering eye contact, speaks in code and keeps whispering about stuff he could be gay as well.

If your intuition tells you he is gay, take your time and investigate. If the Guy is pretending to be straight, he may never admit to you that he is gay. Listen to your intuition and start investigating the Guy before confronting him.

Is My Boyfriend Gay? 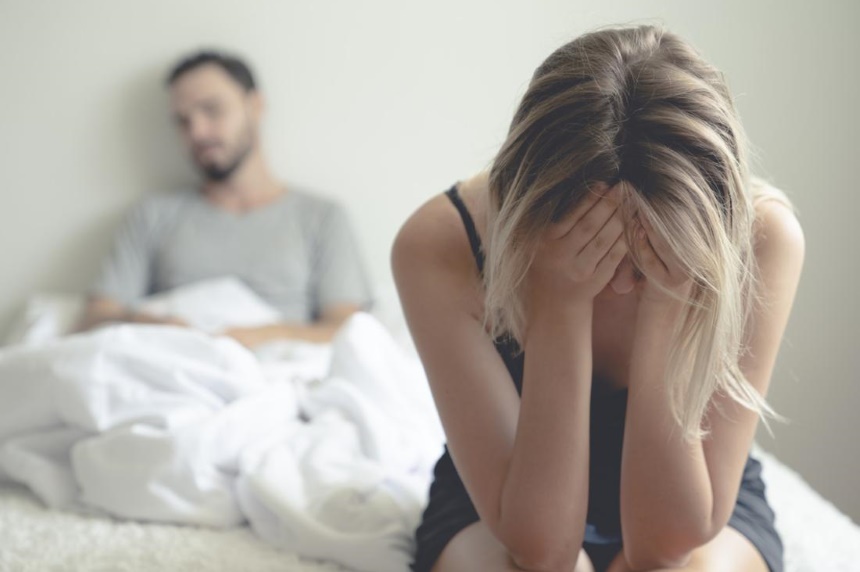 As mentioned earlier, gay men can get into heterosexual relationships to guard their secrets. ‘Is my boyfriend gay signs’ is one of the internet’s most popular search queries concerning gay men. Here are signs that your boyfriend is gay;

A gay man pretending to be straight is quite common due to various reasons. If you suspect that your boyfriend or any guy around you is gay, do a thorough investigation before asking them. Also, when discussing the issue, try not to come across as judgmental. If he is someone you intend to marry or be in a long-term relationship with, you would rather not. Many women who have been married to gay closeted men say they saw some signs but ignored them.

We have discussed virtually all the signs a guy is pretending to be straight. The signs will help you figure out if your boyfriend, husband, colleague or best friend is in the closet. Do not ignore any of the signs and save yourself from unnecessary heartbreak.