So, is this Zumio revolutionary sex toy ready to panic your clitoris, or it’s just a piece of nonsense? We had to get to the bottom of it. In this review, we will give you feedback on how the small toy works, how it feels, how it’s used and cleaned, among others.

The Zumio X is a harder version of the Zumio Caress. In the review below, we’ll see how it looks in feel, material, texture, and how easy it is to use and clean. 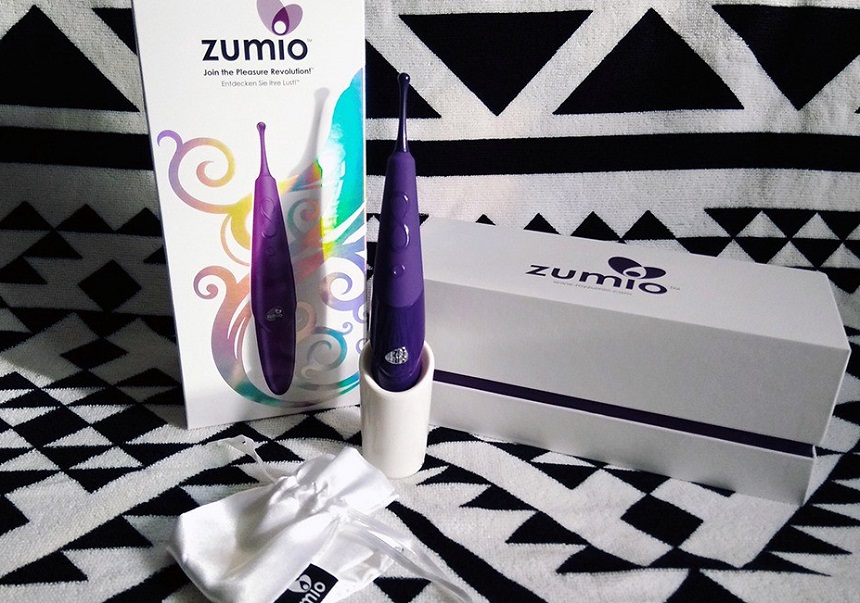 This sex toy as earlier mentioned was made by women. It comes from the idea of a single mother who was looking to reach orgasm in less than a minute.

The rigid rod from Zumio does not vibrate but oscillates. The end of its SiproTip makes very small circles at a more or less rapid speed depending on your level of intensity chosen.

It goes from “very fast” at minimum power (where the rod is already going too fast for you to be able to see its trajectory), to mega-super-ultra-fast when you reach the eighth level.

The goal is to provide localized stimulation, targeted at the exact place you want to reach.

To use the Zumio X, you start by powering it. The Zumio is recharged by placing it on its base, which is plugged into a USB port. It is a pity that no charging adapter is provided.

The battery seemed to last for a long time. We don’t know for exactly how long, but Zumio says 4 hours. Since you do not need to use it for a very long time to fill up with orgasms. In any case, we can expect a good number of uses without having to recharge the machine.

The “recipe” for using Zumio proposed on its official website recommends starting with peripheral stimulation of the entire vulva with the tip and rod of the sex toy, to “warm up”. Then gradually take it to the clitoris area. And, finally, once you feel ready, apply the oscillating tip directly to the clitoris.

Note: Without lubricant, it is not worth trying: there is too much friction, and it becomes unpleasant, even painful.

Things get interesting when the tip of the sex toy approaches the clit. In the first few tries, it’s a bit scary. This thing vibrates – or rather, oscillates thunder, with a power which, to the touch, seems to be able to challenge the most nagging of vibrators like the Doxy or the Fairy Turbo.

As the tip of the rod turns in circles, it is interesting to notice that, while holding the sex toy on the palm, one hardly feels any vibration. Whereas with the “classic” vibrators, and even more with those which are ultra-powerful, you can quickly find yourself with a numb leg.

If you would like to irritate the clit, you may cautiously try to apply the Zumio point on the hood of your clitoris so that the vibrations are transmitted through. The result will be an orgasm within a minute, which is the goal of the stimulator.

You have to know that with ultra-powerful “classic” clitoral vibrators, there is a more “satisfying” side to stimulating a larger area. And we don’t think the Zumio is a suitable sex toy for two-person play.

Finding the right timing and the right zone to stimulate someone other than yourself can only be a fluke. However, alternating with this new type of stimulation is an extremely enjoyable variant. 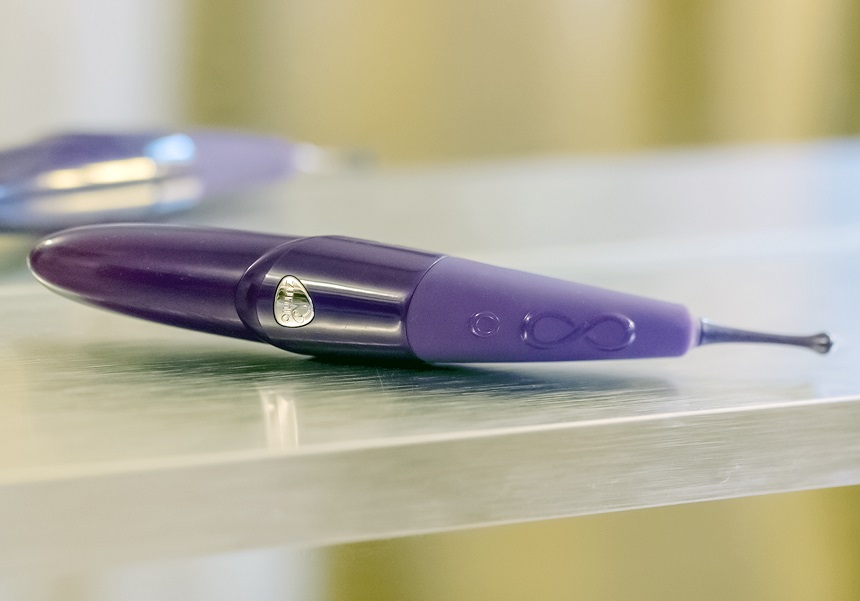 The Zumio X is made entirely from rigid ABS plastic. Even its tip (the famous “SpiroTIP”) to our surprise, is made from this material.

We expected it to be more of a soft material, like silicone. But no, absolutely not. It is a thin hard rod with, at its end, a small ball that is just as firm.

Despite its rigidity, when the sex toy is in motion, this rod oscillates at breakneck speed, tilting slightly. This is probably related to the thinness of its diameter.

The Zumio X is nonporous and therefore easy to clean because it is made of rigid ABS. Some options are to be avoided given the onboard electronics!

You can clean it with a 10% solution of bleach, soap and hot water, or a sex toy cleaner.

In short, it’s simple but essential to do!

What are the main features of the Zumio X. Below, we will mention a few. 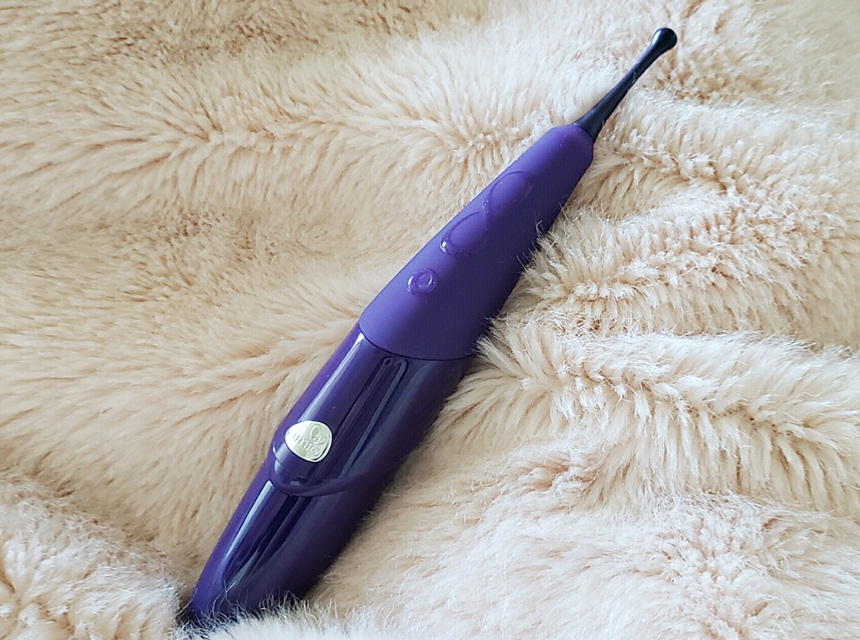 Without breaking beauty records, the Zumio is not ugly, and rather discreet with its very fine tip and a ball at its end, unlike any other known sex toy. It looks like a big purple pen or maybe an electric toothbrush with a weird tip.

Without being completely silent, the sound level of the Zumio remains reasonable. The slight hum it emits varies with the movements of the tip of the sex toy – it is as if someone is tinkering in the distance.

For those who travel with their sex toys, Zumio has thought of you! By pressing the start button for 5 seconds, the toy is locked. The same operation applies to unlock it!

Its selling price is quite high. It is sold for nearly $150, which remains a fairly significant cost for a sex toy. You have to note that the toy is impractical for two-person use.

However, the Zumio X is effective. It triggers orgasms in an extremely short time with astonishing power. It provides a new type of sensation that is intense and delicious.

The controls are intuitive and well designed. It is small, and not very noisy.

How Does Zumio X Compare with Other Zumio Models?

In comparison, note that the Zumio X is a harder version within the range. The Zumio S is softer.

There are only a few changes between the Zumio X and the Zumio S. They both are still a strange clitoral stimulator. At first glance, both look like a stylus for a touchscreen tablet, ET’s finger, or even a new generation electric toothbrush. They are an uncommon form. What distinguishes both the X from the S is mainly the texture.

Our Zumio X review has been able to shed light on what this pointy object is and how it feels like. If you are looking for ample, gentle caresses, the Zumio X is not the sex toy for you. But if you like strong sensations with vibrations, and if you are a follower of stimulation targeted on the clitoris (Womanizer style), you will probably be conquered by the sensations of a new kind that it provides.