What is Sneeze Fetish and How to Make It a Part of Your Intimate Life?

One lesser-known and rarely-discussed kink is the sneeze fetish. Though it may sound strange to get turned on by normal sneezing, more people experience delight from it than you may realize.

If you’ve never heard of this specific fetish, you may wonder what exactly it is about sneezing that is so attractive. For those who experience that wonderful tingle in their nether regions around someone who sneezes, you may not even realize that this is a fetish you’re into. Let’s take a closer look at the sneeze fetish and what it entails.

What is a Sneeze Fetish?

A sneeze fetish occurs when someone experiences sexual arousal around a person that sneezes. There could be a few triggers for this, including the sound of the sneeze, the quick breathing or movements of the body, or even the facial expression of the person who sneezes. You may even prefer a specific type of sneeze, like a stifled sneeze, a dainty, quiet sneeze, or a loud, wet sneeze. 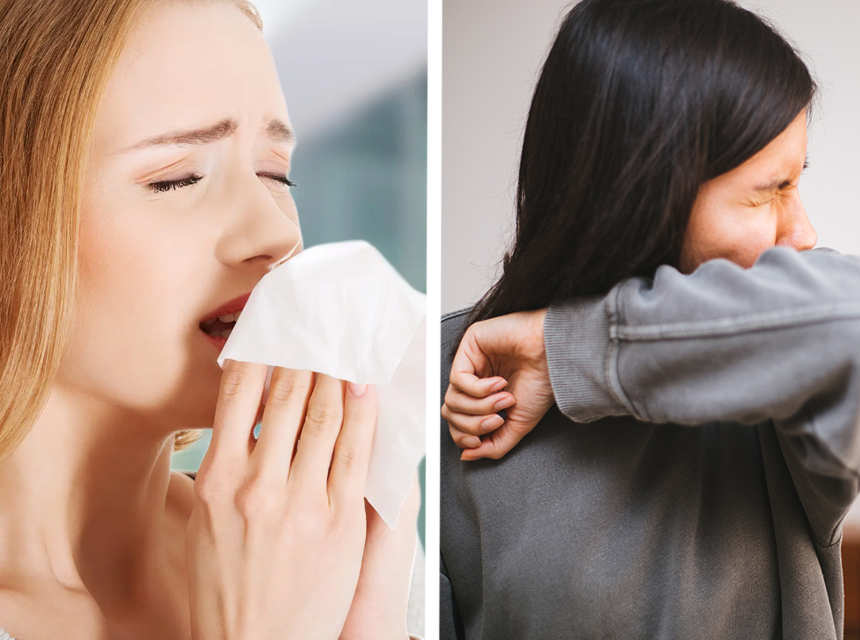 To understand how one can be aroused from a sneeze Trusted Source Sneezing induced by sexual ideation or orgasm: an under-reported phenomenon - PMC We describe a hitherto under-recognized curious response in some individuals: of sneezing in response either to sexual ideation or in response to orgasm. Our review suggests that it may be much more common than expected. We surmise that an indiscrete stimulation of the parasympathetic nervous system may be an underlying mechanism to explain this and other reported unusual triggers of sneezing. www.ncbi.nlm.nih.gov , it’s best to compare the similarities of this normal nasal function to an orgasm. These two bodily reactions are more similar than most people realize.

A sneeze happens when the nerves in the nasal canal are irritated. The cause could include dust, scents, or chemicals in the air. Allergens are also a common cause, especially during the spring when most plants actively begin to grow.  When those irritants reach the nose, the blood vessels enlarge, glands create liquid, and you realize you’re going to sneeze.

At this point, the respiratory system kicks in, constricting the diaphragm and speeding up breathing. Then the body expels the air. All of these reactions are completely involuntary.

How it occurs in a person

There is no one way for a sneeze fetish to occur. It could happen during childhood, if you were exploring your body and sneeze or hear someone else sneeze, connecting the two actions in your mind. You could also see someone you have a crush on sneeze, which connects the involuntary action with your attraction to that person.

Even the movement of the body, the noise made during the sneeze, or the expression on a person’s face can lead to arousal in some individuals.

Having a sneeze fetish is one thing but putting it into practice can be somewhat tricky. Those with this fetish often feel embarrassed about what turns them on. Of course, there are ways to put it into practice, overcoming your discomfort and achieving the sexual results you’re looking for.

The first step to practicing your sneeze fetish is to speak with your partner. Though some people may be weirded out by such things, a trusted mate will likely be more receptive than you think. Discuss with them what you enjoy about sneezing and ways you could incorporate a sneeze during sex.

If your partner isn’t receptive to the conversation, it’s up to you whether this is a deal-breaker or not. Not everybody will be comfortable adding sneeze fetish sneezes into the mix. The same could be said for other fetishes as well.

If your partner is fine with your sneezing fetish and willing to join you in the fun, there are a few ways you can induce sneezing. An Indian cold remedy called Chinkni can be used to cause sneezing, so you can use this to incorporate sneezing into your bedroom activities whenever you like.

Some people also sneeze when they have their noses tickled, so you can use one of the best bondage ticklers to irritate the nose and induce sneezes. The Bondage Boutique Luxury Ostrich Feather Tickler has an elegant, stylish look and a soft feel, plus the handle is woven for a firm, easy grip.

Try to avoid anything that could cause too much irritation or discomfort. This includes dust, pepper, or strong fragrances. Though these can cause sneezing, they can also be damaging to the nostrils and can even cause allergic reactions. 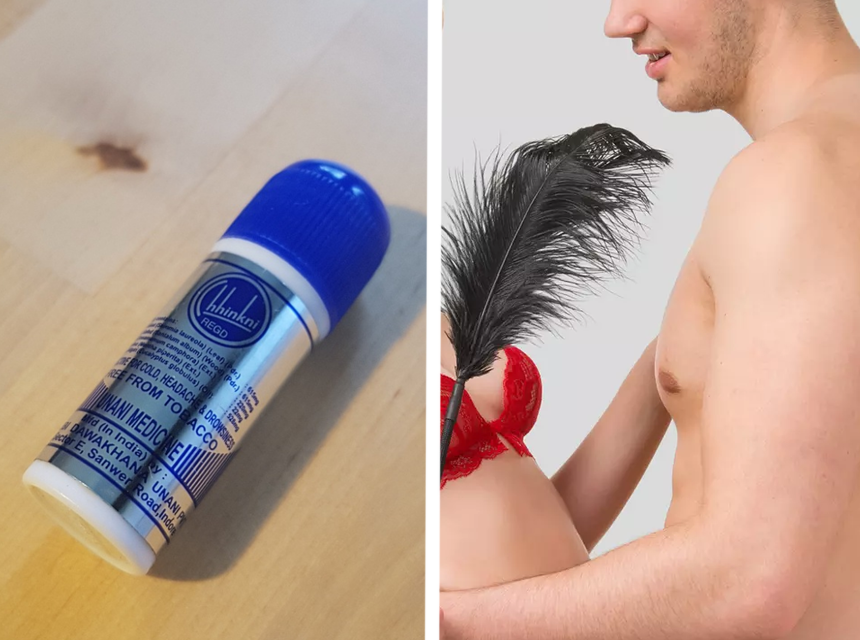 Whether you’re discussing your sneeze fetish or adding it to your sexy bedroom games, it’s best to explore the good parts of this kink. Consider what it is about sneezing that is so exciting. For instance, is it the body’s reaction that you like or the facial expressions that turn you on?

There are also various types of sneezes, from the quiet, short sneezes to the loud ones that incorporate the entire body. There are both single and multiple sneezes to consider, though if you’re excited by sneezes, it’s likely that the more of them you see, hear, or experience, the better.

Though it may seem like you’re the only one in the world with a sneeze fetish, there are more people like you than you realize. All it takes is to find your sneeze fetish allies, which is easier than you may think. There are literally thousands of people with the same fetish as you, though you’ll likely discover more women with this kink than men.

One of the best ways to find other sneeze fetishists is to check the internet. Several sites and forums are dedicated to this kink, so you can meet others just like you to discuss the ins and outs of this fetish with.

One of the most popular forums is sneezefetishforum.com. There are several message boards to check out, including a general discussion, stories, artwork, media archives, and even related fetishes. You can read what others have experienced and enjoyed while remaining anonymous or you can join in any discussion that you like to share your favorite aspects about this fetish. Most importantly, you can connect with those with the same kink as you.

Many people with kinks others would see as weird also feel shame for feeling the way they do. Joining a sneeze fetish forum and knowing there are others with the same one as you can help reduce or even eliminate this shame.

As we mentioned above, one of the best aspects of a forum is sharing your experiences with sneezing. Some of the stories include those involving friends or roommates. Guest Sneezgrrl discussed a trip through Central Park with her male roommate who had forgotten his allergy medication that morning. He sneezed repeatedly throughout the day and into the night, even after they’d returned home and he’d taken his medication. “He has the cutest sneezes, too!” she says. “Rather large sneezes for his size,” since this particular roommate was only 5’5”.

Peach_princess relayed a story about how she “opened up about my fetish to my now husband, and what happened next.” In the early days of their relationship, she asked him to guess her fetish rather than telling him since it was her “biggest insecurity.” After he couldn’t guess it, she shyly told him about her fetish and the use of Chinkni to induce sneezing. One night he surprised her, taking her to an empty parking lot for his first use of the Chinkni, inducing a sneezing fit. “He still induces for me because he knows it’s the fastest way to turn me on,” she says.

Fetishes are nothing new, though there are a few uncommon ones that most people aren’t aware of. A sneeze fetish is one of these, inducing arousal when someone hears or sees another person sneeze. Some people even enjoy their own sneezes as part of this particular kink.

Rather than feeling ashamed about your sneeze fetish, it’s best to embrace it however you like. Share your fetish with your partner, using whatever tools necessary to add sneezing to your bedroom fun. Joining a forum is a fantastic way to share your experiences with sneezes with like-minded people and may even give you some new ideas to add to your sneezing repertoire.

1.
Relative prevalence of different fetishes | International Journal of Impotence Research
The aim of this study was to estimate the relative frequency of Fetishes in a large sample of individuals. Using the Internet as a data source, we examined 381 discussion groups.
www.nature.com
2.
Sneezing induced by sexual ideation or orgasm: an under-reported phenomenon - PMC
We describe a hitherto under-recognized curious response in some individuals: of sneezing in response either to sexual ideation or in response to orgasm. Our review suggests that it may be much more common than expected. We surmise that an indiscrete stimulation of the parasympathetic nervous system may be an underlying mechanism to explain this and other reported unusual triggers of sneezing.
www.ncbi.nlm.nih.gov