If you want to learn how to make fake sperm, there are a few different ways to do it, though some of them are better than others. This recipe is the best one there is since it is simple to make using cheap ingredients, so you don’t need to spend a fortune on your fake semen. It doesn’t last very long but you can add a preservative to it if you like to increase its lifespan for more fun in the bedroom. 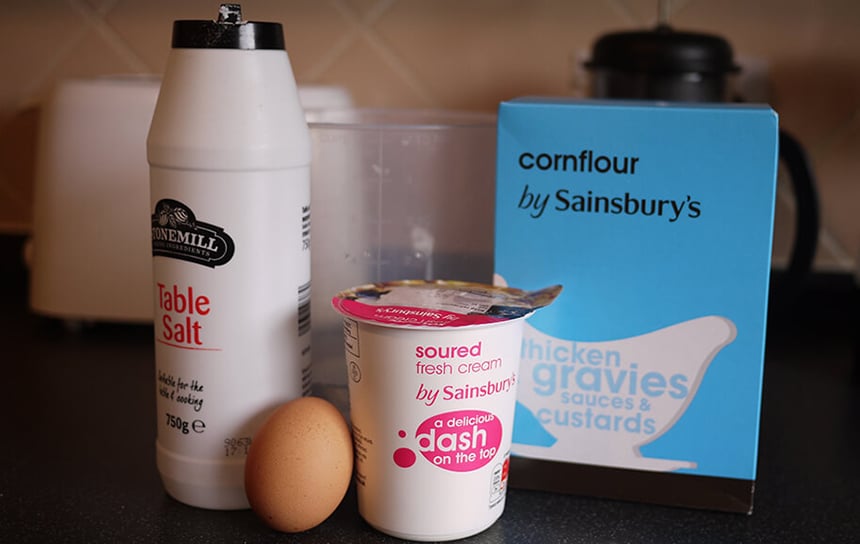 This recipe doesn’t include any crazy ingredients. In fact, you can likely find them in your local grocery store, which makes it easy to keep them in stock for future use. The ingredients include:

Each of these ingredients has a specific purpose in this recipe. The water is the base, while the Xanthan Gum is a thickening agent that is normally used for foods but is a good addition to this fake semen recipe. The liquid glycerin is a good lubricant for reducing the time needed to combine the ingredients into a smooth mixture, plus it gives the fake semen the right consistency and texture so it feels more like the real thing. The grapefruit seed extract is a preservative, so it can be used for larger batches, though is not needed in smaller ones that you’ll be using right away.

How to make it

This recipe is very simple to make. To start, you mix Xanthan Gum with glycerin. Stir them until they are completely combined, which should take about a minute. Add the water. If using the grapeseed extract, add this to the mixture as well.

This recipe for homemade semen is easy to do but it isn’t the best one for eating. All of the ingredients are edible, though they don’t have a strong flavor. The Xanthan Gum has no flavor, nor does the water, but the liquid glycerin is a bit sugary, so it can give this recipe a sweeter flavor. It isn’t recommended to eat a great deal of glycerin, though, since it is a form of sugar alcohol, which can’t be fully absorbed by the body.

How do pornographers make fake semen?

Pornographers are experts when it comes to making fake semen since it’s something they use regularly. The mixture they use isn’t costly, which is great since they go through so much of it, plus it is body-safe, keeping the ladies using it from getting yeast infections. The downside to this recipe is that it isn’t intended to be eaten and can be dangerous if you ingest large amounts of it, though small amounts shouldn’t be too harmful to you. If using this recipe, it is best to keep it out of your mouth, just to be safe.

The main ingredient for this homemade semen recipe is methylcellulose, which is a chemical compound that is derived from cellulose. In its pure form, it is a hydrophilic white powder. Start with about half a teaspoon of the methylcellulose, then add water slowly to give it the consistency you want in your fake semen. If you accidentally make it too thin, sprinkle in some more methylcellulose until it thickens the way you like it. 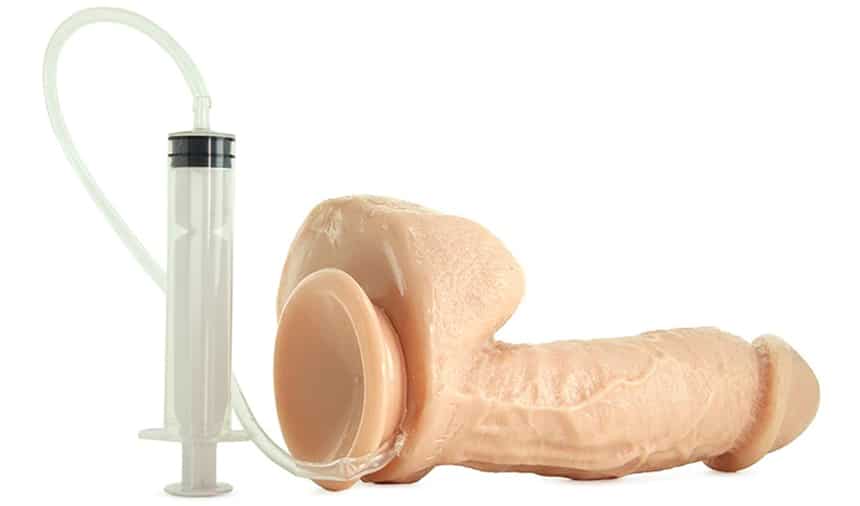 One recipe for fake semen includes a cup of water, 2 tablespoons of corn starch, a pinch of salt, an egg, and a tablespoon of yogurt. You need to combine these ingredients carefully to ensure the end product is the right consistency.

First, mix ¼ cup of the water with the cornstarch. Place the remaining ¾ cup of water in a pan on the stove and set it to simmer. Then add the corn starch and water mixture to the simmering water on the stove.

Cook this mixture until it thickens, then remove it from the heat and let it cool. You can use an ice bath or put the mixture in the fridge to speed up this process. Do not add the remaining ingredients until it has cooled to prevent the egg from cooking in a hot mixture.

There are also a few other options for making edible fake semen. You can use condensed milk for this process since it already has the right coloring and texture, plus it has a sweet flavor that real semen can’t compare with. It is not vaginal-safe due to the high sugar content that can lead to a yeast infection, so keep it away from that area of your body.

Those whipped cream spray cans are also great for fake semen, especially since they are essentially their own dispenser. Just shake the can and shoot it as you like. It tastes great, too, so you can enjoy this whenever you want without any nasty aftertaste.

More methods: safe to put in the vagina

The Xanthan Gum recipe that we discussed above is one option for vaginal-safe fake semen recipes since it has a balanced pH, so won’t disrupt the pH levels of this delicate area of your body. The grapefruit seed extract is highly acidic but the amount used in this recipe is diluted enough to eliminate any risks when using it internally.

The methylcellulose mixture is also vaginal-safe, which is just one of the reasons why it is so popular with pornographers. You can use as much of it as you like as often as needed without any risk of infection.

You can also make a mixture using yogurt and water, adding the water slowly until it has the consistency you want for your fake semen. This is a body-safe method, so you don’t need to worry about any vaginal issues when using this recipe.

What fake semen can be used for

Pornographers add fake semen to their films to keep every scene looking as authentic to the viewer as possible, even if the scenarios aren’t as realistic as they would have you believe. This does help expand the fantasies of those watching the films.

Sex education teachers may also find a need for this type of recipe. When discussing how the male body works, using one of these recipes can help them show their students what healthy semen is supposed to look like, as well as how much of it can be expelled from the body during ejaculation.

Though this isn’t a great idea for everyone, you can use fake semen to pull some pranks if you are so inclined. Not everyone would appreciate such a prank, so it is best to consider who you’re pulling it on before putting any plans into action.

Depending on the recipe you’re using, fake semen can be used to maintain a delicate pH level of the vagina. Using just anything could throw off this balance, which could cause some health issues, so it is best to find the right one to keep these levels as balanced as possible for more enjoyable sexual experiences.

There are several fake semen products that you can purchase online whenever you like but these commercial products may not live up to your expectations. For those who prefer to go the DIY route, learning how to make fake semen right at home can be convenient and safer than some other options since you know exactly what is going into each recipe.